Many children in the family may say I’m old! And when I was their age I also thought that your late 30’s was old – ok, ok, so I only have 3 months left of my late 30’s but I’m clinging onto them for dear life – but in the grand scheme of things, I still have over 25 working years left, more than I’ve already done, so clearly I’m not old……..

However, watching TV game shows, where contestants look like adults, are married and have homes but were only born in the late 80’s or early 90’s, and who don’t always know answers from my childhood, make me feel positively ancient!!

For example, The other evening I was watching Million Pound Drop with the lovely Davina McColl on Channel 4. The contestants were a married couple, who has sunk all their savings into their house and wanted to win money to start a family (so therefore were responsible ADULTS). They were given a question asking who played Captain Jack Sparrows father in the last 2 Pirates of the Caribbean films. The 3 choices they were given were: Mick Jagger, Ronnie Wood or Keith Richards.

Now I’m guessing 99.9% of you have all ticked that answer off in your head, and the fact that the contestants ummed and arred about the answer wasn’t what made me feel my age.

The comment the microphone picked up of ‘isn’t Ronnie Wood a comedian?’ is what did it for me!!

The fact that Ronnie Wood was sandwiched between 2 other of his band members totally past them by!!! And I genuinely don’t believe it was a ‘thick’ moment, but that they were just too young to know any better!

Even I’m too young to remember them in the charts, but clearly I’m old enough to be able to name the members of one of Britain’s most amazing and epic bands, The Beatles….JOKE!! Of course they are The Rolling Stones!

When settling down to endure this ageing process, me and The Hubster often have a little snackett to hand. This weekend it was Ruff Puff Sausage and Fried Onion Rolls.

For the Ruff Puff Pastry
250gms Butter left at room temperature for about an hour, so it’s not too soft
250gms Plain Flour
125ml (approx) cold water
Pinch of salt

First prepare your pastry. If you don’t want to make your own, then buy a good quality Puff Pastry from the chiller cabinet of your supermarket. But if you want the best flavour, it’s best to make an easy Ruff Puff.

Sift your flour and salt into a large mixing bowl.

Cut the butter into 1cm cubes and add to the butter

Use your finger tips to roughly rub the butter and flour together until you have a very course breadcrumb texture. Don’t overwork your butter or it will become greasy. Having big lumps of butter left in your breadcrumb mixture is ok!!

Use a metal knife to cut and mix the flour, butter and water. Keep adding the water a drop at a time until you can get your hands in and bring it together as a dough. You may not need all the water, as different flours absorb water differently. I had about 50ml left.

Flour a surface, and turn out your pastry

Roll into a long thin rectangle, about 30cm x 60cm. You may see lumps of butter, don’t worry, thats fine!

Fold one of the shorter edges across by one third, then the other edge, to create an envelope type parcel

Turn the pastry by 90 degrees, roll out again to the same dimensions, and fold again. Repeat 2 or 3 times.

While the pastry is chilling you can prepare the filling:

Heat the oil in a frying pan, and quick fry the onions until they are clear and smell amazing

Take off the heat and put to one side

Next remove the meat from the skins of the sausages and squelch it all together in a bowl. You can use ‘sausage meat’, but I find meat from sausages is much better.

Now preheat your oven to 170c, 150c fan or gas mark 5, and prepare 2 baking sheets by oiling with sunflower oil

Take the pastry from the fridge and roll out into a long strip about 20cm by 70cm, about .5cm thick

Lay your sausage meat in one continuous line, just off centre, long ways along the strip

Lay the fried onions next to the sausage meat

Put three each on your 2 baking sheets, score the top of each three or four times with a knife and brush with the remaining egg wash

Bake for 20 to 25 minutes, until risen and golden brown.

Serve hot or cold. We had ours with home-made Sweet Courgette Relish

This recipe was inspired by the sausage rolls baked on The Great Sport Relief Bake Off, however it is not the Paul Hollywood recipe the contestants made, it’s one of my own. I’m not saying its better than Paul Hollywood’s. He’s a god of baking, so that would be stupid and wrong of me!!! The Great Sport Relief Bake Off has inspired me, and I’m currently organising my own Bake Sale…..will it inspire you?

P.S. the answer, for the .1% of you that didn’t know was, Keith Richards played Captain Jack Sparrows Father. 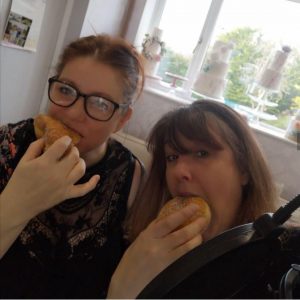 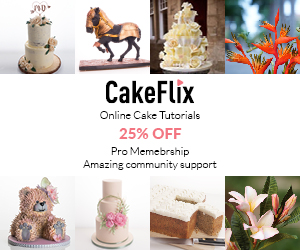