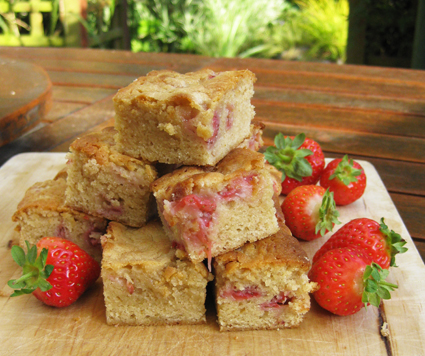 Summer appears to have arrived in Surrey…..not sure for how long, but we’re being positive and saying it is NOW summer!

I’m ignoring the small blip of the torrential rain and thundestorm earlier, which I’m calling a ‘summer shower’, as the sun is again shining, the dogs are panting and we’re slowly melting (but not complaining….honest!!)

So, with the arrival of summer the supermarkets are now full of bright and colourful soft fruits. Punnets of strawberries, raspberries, peaches and nectarines, blueberries and cherries greet you as you walk into the fruit and veg aisle and invite you to eat healthily.

Of course, after filling the trolly with fruit, you get home and realise you’ve actually got only a couple of days to eat it before it turns to mush…..that’s the problem with these buy 3 punnets for £4 deals, you buy 6 different punnets (because you really only wanted 4, but it’s on offer so you have to get 6) and then realise with only 2 people in the house its a lot of fruit to eat in a small space of time. So, not being a girl to let food go to waste I baked it in a cake.

Prepare a baking tray (I used a deep 6″x4″ but you could go slightly bigger and thinner) by lining it with greased baking parchment. This makes it easier to lift out the blondies later.

In a double boiler (a bowl resting over a saucepan of boiling water, but not allowing it to touch the water) slowly melt the chocolate and butter.

Once its all melted and smooth, take off the heat and add the sugar. Beat in and leave to cool for several minutes until it reaches room temparature.

Next beat in the egg and vanilla. If you don’t allow the mix to cool before adding the egg it will cook the egg before you want it too.

Next sieve all the dry ingredients (flour, salt, and baking powder) together and fold into the mixture.

Lastly stir through the chopped strawberries and pour into the prepared baking tray.

Bake for 20 to 25 minutes, depending on how chewy and gooey you like your blondies. The longer you bake it, the less gooey it’ll be.

Once baked remove from the oven and transfer to a wire rack to cool. Although eating it warm with a big dollop of ice-cream makes for a really scrummy summer dessert.